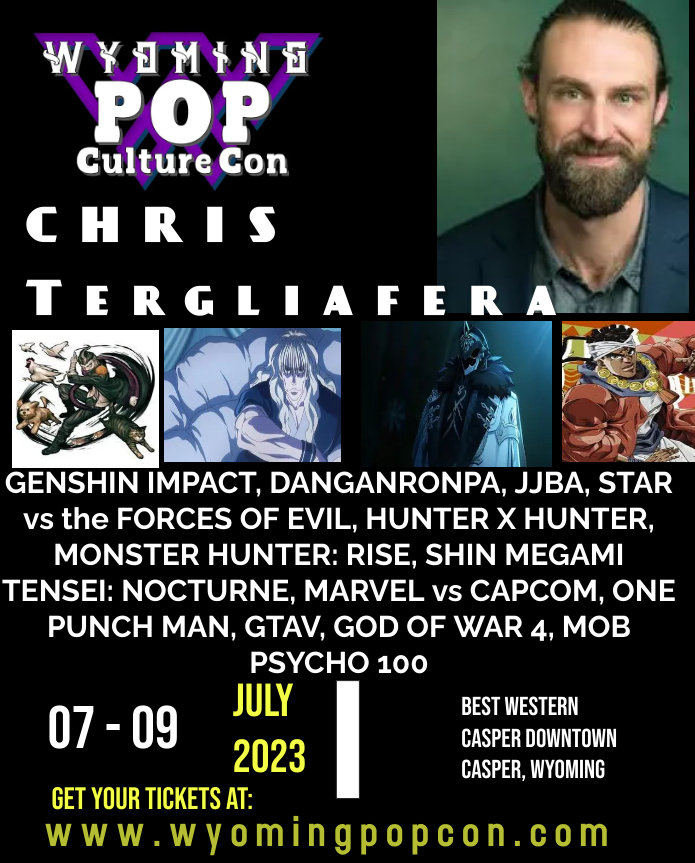 Chris Tergliafera is a voice actor most notably known for his extensive work in video games and animation. Presently, he can be heard in several shows, including the recurring character of the lizard bounty hunter, Rasticore, in the hit animated series “Star Vs. the Forces of Evil” on Disney XD, and the powerful fortune-teller Avdol, in the fan phenomena series “Jojo’s Bizarre Adventure: Stardust Crusaders” on Adult Swim. In video games, he plays the main antagonist, Sigma and Ultron Sigma in the massive “Marvel vs. Capcom: Infinity.” Chris has also been featured in other huge franchises such as God of War 4, Grand Theft Auto 5, Halo Wars 2, Mass Effect: Andromeda, Star Wars: Uprising and the cult favorite, DanganRonpa.

A graduate of the University of North Carolina at Chapel Hill, Chris studied under the legendary acting coach Joan Darling and learned screenwriting from the late Tom Whedon. In his spare time, he performed with the school’s local improv troupe. Upon graduation, he moved out to Los Angeles where he discovered his true calling in voice acting. A lifelong acting student, Chris studies the Meisner technique at the esteemed Playhouse West and improv at the world famous Upright Citizen’s Brigade.

In addition to his acting roles, Chris’ voice is regularly heard on commercials and promos nationwide for clients such as Jack in the Box, AM/PM, and the NBC series The Voice. An Anime mainstay, Chris stars as the protagonist’s father, Silva Zoldyck, in Adult Swim’s “Hunter x Hunter”, as well as other prominent roles as Geronimo in Netflix’s “Cyborg 009” and as the bombastic Tank-Top Tiger in the acclaimed anime, “One-Punch Man.” An ADR veteran, Chris has supplied his voice to “Terminator: Genisys” and as the voice double for Vin Diesel in “Fate of the Furious”.