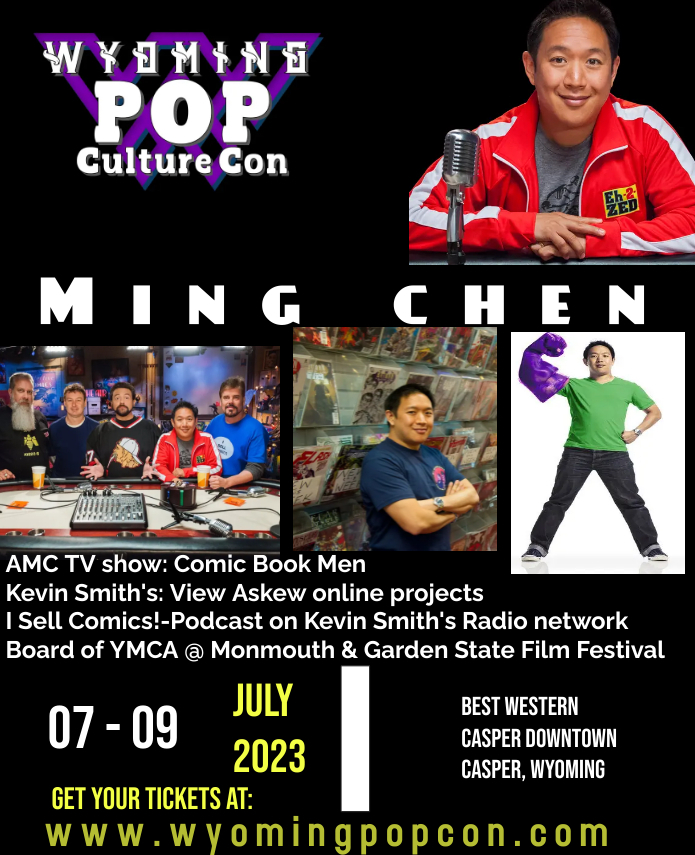 Ming Chen is a podcaster, graphic designer, entrepreneur and reality TV cast member most known for the AMC TV show Comic Book Men. While in college at the University of Michigan he met filmmaker Kevin Smith when he developed a fan website based on the movie Clerks. Smith, who appreciated Chen’s work, reached out and asked him to create the Web site for his production company, View Askew Productions. Twenty Six years later, not only does Chen continue to work on many of Smith’s online projects, but he has also ventured into several other areas within the Kevin Smith empire, most recently hosting a weekly podcast called I Sell Comics! on Smith’s podcast network, SModCo.

During his free time, Chen serves on the board for the YMCA of Greater Monmouth County and the Garden State Film Festival. He also co-owns a podcast studio with called “A Shared Universe” and is a partner in a coffee, gaming and comics café called “Coral Sword” in Houston, Texas with former major league ballplayer Hunter Pence. Chen has been married to his wife Debbie for 19 years and has two children, Lillian and Harrison, a dog named Joy and a cat named Scallion.