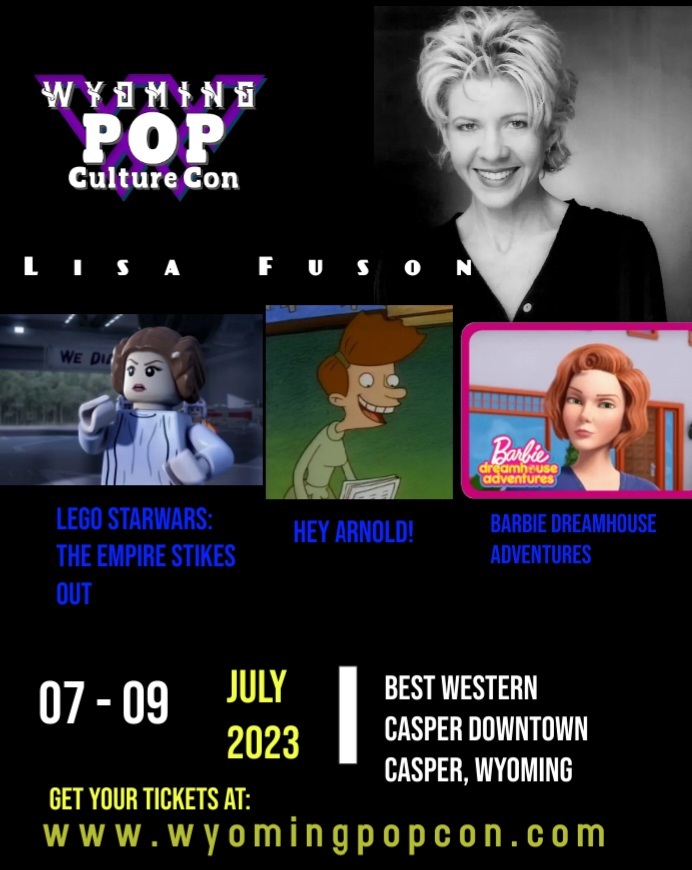 Lisa Fuson is an American voice actor from in Santa Monica, CA. She
is most known for her roles as Princess Leia Organa
and Vana Sage in STAR WARS video games and also in
LEGO STARWARS: THE EMPIRE STRIKES OUT.
She is also known for her role as Margaret Roberts,
Barbie’s mom, on BARBIE DREAMHOUSE
ADVENTURES and also plays Poppy Reardon, the
crazy, nosey neighbor.
Lisa has also acted on the Nickelodeon series HEY ARNOLD! as the voice of
Lorraine, Miss Slovak, Danny’s mother and many other characters. In 1991 she worked on the
movie HOOK as a stand in for Julia Roberts as Tinkerbell.
When she’s not in the booth, she likes to be on her drums, singing
and playing rock ‘n roll. They call her Boom Boom. You’ll have to ask
her in person how she got that nickname. A trivia fact is Lisa got her
SAG/AFTRA card in 1990 doing effort sounds
for a martial arts film.
She continues to do many jobs using those effort sounds like her role as the
crying woman in THE CURSE OF LA LLORONA and a voice match for Jennifer
Aniston in WE’RE THE MILLERS. She’s got pink tips in her hair and a crazy
cackle that you’ll be able to hear as Margaret Roberts in the Barbie Vlog
titled: “Fun and Easy Holiday DIY with Mom.”