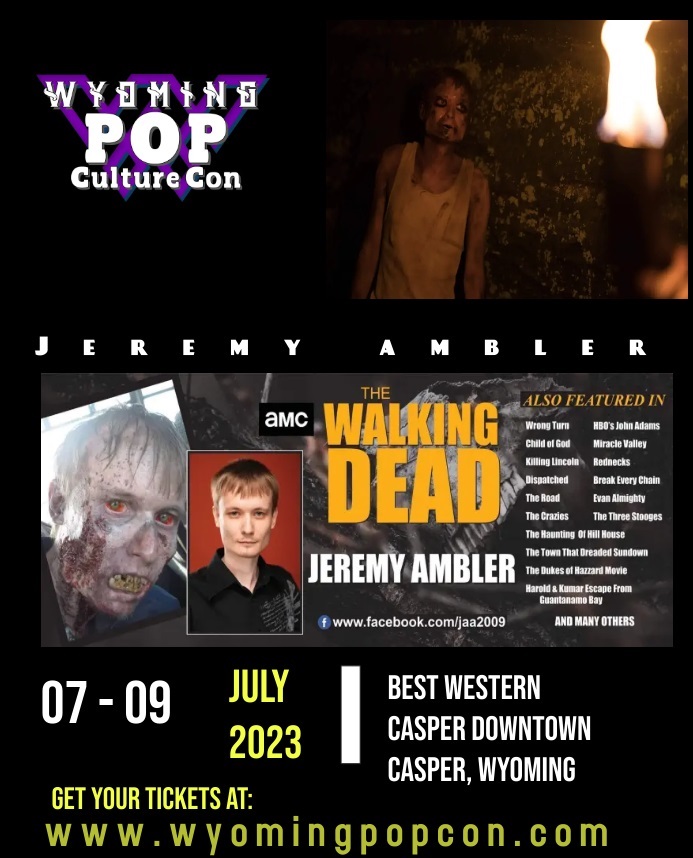 Jeremy Ambler born and raised in West Virginia is a Screen Actors Guild Eligible Actor who
has appeared in a number of feature films and television shows. He is best known for his role
as a featured “Highway Walker” on AMC’s well known series, The Walking Dead in Episode
1 of Season 2 What Lies Ahead and as Farm “Here” Walker in Episode 13 of Season 2 who
got shot in the head by Beth’s then Boyfriend Jimmy played by James Allen McCune. His
Highway Walker character has been featured on numerous Walking Dead Official Licensed
Merchandise including T-Shirts, Trading Cards, Board & Card Games and much much more.
Jeremy has also appeared in films, such as; The Road, James Franco’s Child of God,The
Crazies and Pro Wrestlers Vs. Zombies. In addition, he has been in HBO’s John Adams, Evan
Almighty, The Three Stooges, American Reunion, Harold & Kumar Escape from Guantanamo
Bay, The Dukes of Hazzard, The Town That Dreaded Sundown. Faith Based Films including
Dispatched and Break Every Chain And most recently appeared as a Cave Person in 2021’s
reboot of the horror classic Wrong Turn and will Appear in the upcoming horror thriller film
with Greg Sestero (The Disaster Artist, The Room) called Miracle Valley as Rickie!